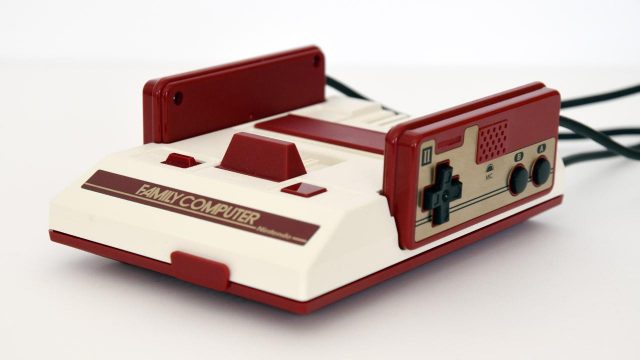 If 2003 seems like a lifetime ago, it essentially was. Simpler times, when Nintendo was drowning Hyrule in The Legend of Zelda: The Wind Waker, The Terminator became Governor of California, Free Willy died, and some of gaming’s greatest creators sat down together to talk about the history of the Famicom.

Shmuplations is a well-stocked repository of translated interviews with game developers, and translator Alex Highsmith has just completed work on a 26-minute long documentary from 2003 on the history of the Famicom. Featuring interviews with industry greats including Hideo Kojima, Keiji Inafune, Koichi Nakamura, Toshihiro Nagoshi, Yoshiki Okamoto, Takahashi Meijin, and Tetsuya Mizuguchi, this documentary is unique in that it features a strictly Japanese viewpoint on the rise of one of the most important gaming consoles of all time — and Nintendo itself.

Okamoto, known for his work on the Mega Man and Street Fighter series, among many others, had strong praise for Shigeru Miyamoto and said at the time, “We all knew we couldn’t beat Miyamoto, not then, and not now.” Miyamoto’s work on Super Mario Bros. was incredibly influential: Kojima described the game as being “like the Bible” for him, while Inafune said that it made him realize how interesting video game character design could be.

We’ve included the video here for your convenience, but be sure to check out Shmuplations for more quality, translated developer content and video game history. It’s one thing to talk about games with friends, it’s another to hear directly from the brilliant minds that created them.