Cyberpunk 2077 is an open-world, action-adventure story set in Night City, a megalopolis obsessed with power, glamour, and body modification. Take on the role of V, a mercenary outlaw going after a one-of-a-kind implant that is the key to immortality. Players can customize their character’s cyberware, skillset, playstyle, and explore a vast city where the choices they make shape the story and the world around them.

Cyberpunk 2077 on Xbox Series X offers two visual fidelity modes: a higher refresh rate Performance Mode that focuses on smooth, increased framerate gameplay, as well as a Quality Mode oriented at leveraging the console’s power and ramping up the visuals.

The game also takes advantage of Smart Delivery, giving players the best version for whatever Xbox console they own automatically — this free update will push Cyberpunk 2077 even further for Xbox Series X|S in 2021. With our cross-save feature, players can also continue playing the game on Xbox Series X|S from where they’ve left off on the Xbox One. Since Cyberpunk 2077 is already Xbox One X Enhanced, players can also enjoy the ultimate 4K entertainment experience.

Cyberpunk 2077 is available to play now on Xbox Series X|S, Xbox One, and PC. For more information on Cyberpunk 2077,stay tuned to Xbox Wire.

☆☆☆☆☆
★★★★★
$59.99
Get it now
Xbox One X Enhanced
Cyberpunk 2077 is an open-world, action-adventure story set in Night City, a megalopolis obsessed with power, glamour and body modification. You play as V, a mercenary outlaw going after a one-of-a-kind implant that is the key to immortality. You can customize your character’s cyberware, skillset and playstyle, and explore a vast city where the choices you make shape the story and the world around you.

PLAY AS A MERCENARY OUTLAW
Become a cyberpunk, an urban mercenary equipped with cybernetic enhancements and build your legend on the streets of Night City.

LIVE IN THE CITY OF THE FUTURE
Enter the massive open world of Night City, a place that sets new standards in terms of visuals, complexity and depth.

STEAL THE IMPLANT THAT GRANTS ETERNAL LIFE
Take the riskiest job of your life and go after a prototype implant that is the key to immortality.

Related:
Join the Hunt as the Master Chief in Fortnite Chapter 2 – Season 5
Planet Coaster: Console Edition Gets Spooktacularly Adventurous with Two New Packs
Unto The End: 5 Things You Need to Know Before Beginning Your Adventure
Xbox Wire 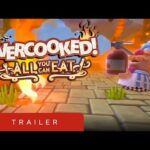