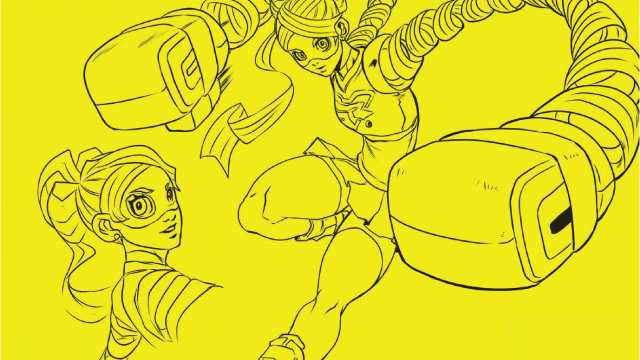 Back in 2018, writer Ian Flynn wrote the first issue of what was supposed to become an ARMS graphic novel. The issue was released on Free Comic Book Day of that year, but when the graphic novel’s targeted release window of Fall 2018 came and went with no sign of the book, no additional news followed about when fans could expect its release.

The fate of that book seems to have been finally revealed: according to Flynn’s updated online portfolio, the ARMS graphic novel has been canceled. Reddit user Dr-Richie-74 posted to the r/ARMS subreddit that they noticed Flynn updated his portfolio, and the description for the ARMS graphic novel now reads, “(May 2018) Wrote the introductory Free Comic Book Day 2018 issue for a planned, but unfortunately canceled, graphic novel series based on the popular Nintendo fighting game franchise, ARMS.”

On March 11, Flynn was asked on Twitter if he could definitively confirm that the book has been canceled, and responded by saying that he can’t or shouldn’t speak in an official capacity about it.

I don’t think I can/should say anything in an official capacity.

This isn’t too surprising given that Nintendo has recently canceled other planned media involving their IPs, including the Zelda live-action series from Netflix and a stop-motion Star Fox series from CollegeHumor. Flynn also isn’t the only person as of late who expressed reluctance in commenting on their business with Nintendo: Platinum Games’ Atsushi Inaba wouldn’t go into detail on Platinum quietly removing reference to itself from Astral Chain’s copyright on Platinum’s site, saying only that the game is now Nintendo’s IP and that he felt limited as to how much he could comment on the subject. When Platinum was asked to further clarify Inaba’s comments, a spokesperson for the company said they were not in a position to do so.

Nintendo isn’t shy about hitting people with cease and desists and lawsuits so it’s hard to blame any of these people for not wanting to risk being the next ones on Nintendo’s bad side. But it’s unfortunate to learn that another creative endeavor centered on Nintendo IPs, outside of gaming, seems to have been axed.

Slaughter Aliens and Fix a Broken World in Space Robinson