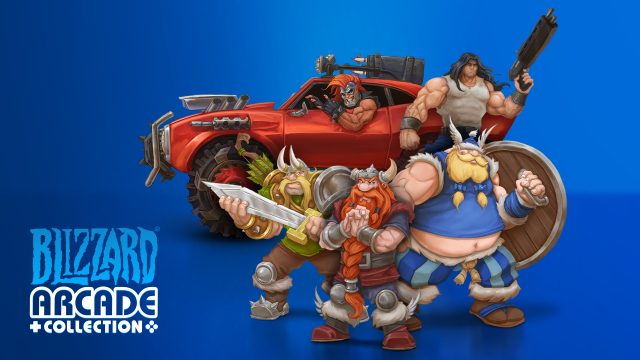 Blizzard Arcade Collection is a compilation from Blizzard’s days as an arcade game maker. It features Blackthorne, The Lost Vikings, and Rock N Roll Racing, with two versions of each game for players to enjoy. The only thing that seemed to be lacking was the actual number of games on offer, but Blizzard is rectifying that by including two more games: The Lost Vikings 2 and RPM Racing.

Featuring three classic Blizzard games in one convenient package is nice, but we figured we can do better. That’s why we’re leveling up the Blizzard Arcade Collection with Lost Vikings 2 and RPM Racing! #ReliveTheLegacy with us

Here’s the description of each game:

The sequel to The Lost Vikings, Lost Vikings 2 once again finds our three heroes Erik, Baleog, and Olaf taken far from their home and thrust into a new adventure. Tapping into new abilities and joined by two new allies, the werewolf Fang and the dragon Scorch, on their quest to find their way back home, our Viking heroes must overcome challenging puzzles that put a fresh spin on the original game’s design.

Not a sequel, but a prequel, RPM Racing is a time capsule preserving the seed that would eventually bloom into Rock N Roll Racing. The basics are all there: isometric perspective, different cars to choose from, the ability to make modular upgrades to your vehicle, career progress save functionality, and plenty of vehicular mayhem. Check out RPM Racing to get a look at one of the very first games produced by Blizzard.

Along with these two games (which are free as part of the latest update), there are also new features to enjoy. The in-game museum will now boast a  Design Documents gallery, along with a bit more which you can read about here. The patch is available now, so if you’d like to tackle these five games, they’re available in the Switch eShop.