No One Liked Bunny Day in Animal Crossing: New Horizons, So Nintendo Brought it Back 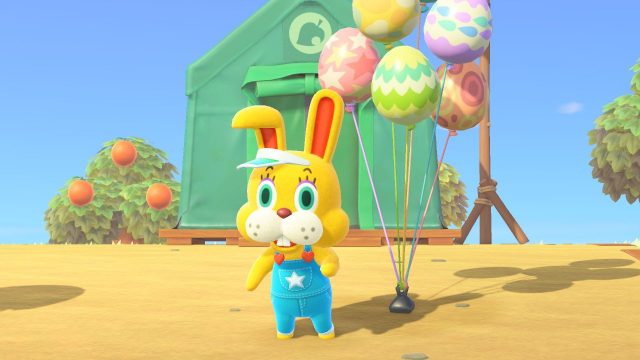 If we can rely on Nintendo to do anything consistently and without fail, it’s to give players exactly what they didn’t ask for and hold out on giving them what they desperately want. This is exactly how we wound up with the return of Bunny Day for 2021 in Animal Crossing: New Horizons. Last year’s version of the event (which shared the same name) was met with such harsh criticism that Nintendo had to tweak it mid-event. One of the biggest issues was the overly-aggressive spawn rates for eggs, which had eggs almost completely replacing certain resources, like fish, floating presents, and fossils. It was made worse by the fact that the event was drawn out over a period of nearly two weeks, and the recipes tied to the event weren’t exactly much to write home about unless you really, really love Easter egg-themed furniture and egg suits.

Nintendo at least took some of the player outrage to heart and, in deciding to bring Bunny Day back for an encore, made some adjustments:

Unfortunately, there are no new Bunny Day recipes for 2021, but players that missed out on any last year have the opportunity to collect them — just look out for the special rainbow-striped balloons that float overhead. The reduction in egg spawns seems to have carried over from last year, as well; I’ve done a little fishing since the event began and haven’t yet fished up a Water Egg, a stark contrast to when they wouldn’t stop appearing early in the event in 2020.

Zipper will be on your island come April 4; again, while he isn’t offering any new recipes that he didn’t give players last year, you’ll have the opportunity to get any that you missed out on that you can only get from him.

The post No One Liked Bunny Day in <em>Animal Crossing: New Horizons</em>, So Nintendo Brought it Back appeared first on Nintendojo.