A Sonic LEGO Set Is On The Way 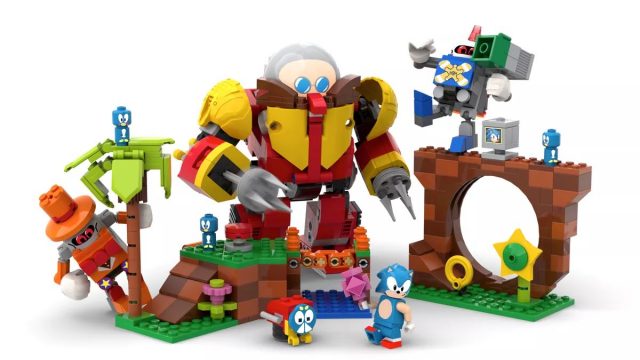 The Super Mario LEGO sets have been a real hoot for collectors and brick builders alike, but the mustachioed one isn’t the only video game property that seems a shoo-in for the Danish toy company’s plastic blocks. A perfect example is Sonic the Hedgehog. While Sonic technically has already been forever immortalized in LEGO form thanks to the LEGO Dimensions game from a while back, he’s never had an actual LEGO set. That’s about to change thanks to designer Viv “toastergrl” Grannell, whose Sonic-themed submission to LEGO was approved for full production. Sonic Mania – Green Hill Zone will be developed alongside Sega—typically these prototypes end up being revised prior to hitting stores, so there’s a chance these renders will be altered at some point along the way.

“Sonic is a series near and dear to my heart. A vibrant, earnest world that’s not afraid to experiment, perhaps to dangerous degrees – but what is a life if not lived on the edge?” – Viv Grannell discusses her LEGO Ideas creation on Bits N’ Bricks. https://t.co/u7gvV1tVwO pic.twitter.com/zRjD1SrtIB

Grannell gave a great interview to the folks on the LEGO Ideas website that detailed her experience working on the project. There’s even a look at the design process she went through (including a VERY tantalizing Chemical Plant Zone build that she had going at one point). Grannell also chatted up her LEGO set with the Bits N’ Bricks crew, which you can watch below.

It’s a gorgeous build that many fans will be chomping at the bit to get their hands on when it finally released. When we get a launch date for Sonic Mania – Green Hill Zone we’ll be sure to update this story!

The post A Sonic LEGO Set Is On The Way appeared first on Nintendojo.