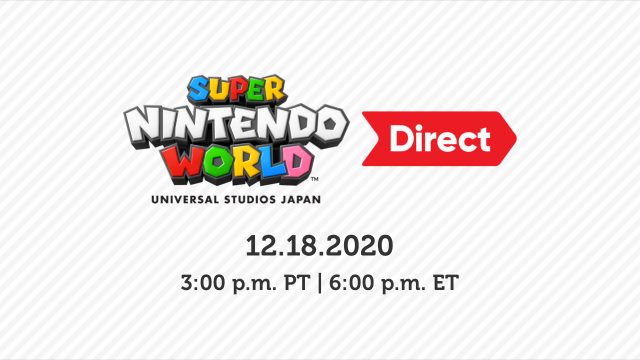 It’s been a busy week for Nintendo fans. First came the Nintendo Indie World showcase that featured a myriad of different upcoming games to look forward to. Now, Friday is being capped off with a peek at the Super Nintendo World theme park coming to Universal Studios Japan next spring. This inaugural Super Nintendo World Direct broadcast will happen later today at 3 PM PST.

The presentation will be approximately 15 minutes in length, showing off the new park and what attendees can anticipate from it next year. Note that there will be no video games shown off during this broadcast—it’s all about Super Nintendo World.