Creating My Hidden Things, Now Available for Xbox One

Our small team had produced about 10 prototypes before we finally came up with the current version of the project. First, I dug up my old Doodle-style works, which the team thought were cool, so I had an idea how to integrate them into gameplay. It soon turned out implementing such a simple idea might require more efforts that we could imagine, but every time we ran into yet another pitfall, there would always appear someone who was ready to help us, sometimes not even asking for anything in return. Later on, we tried to transfer this kindness and good-naturedness into the game, turning our stories into learning opportunities.

This project was also my debut as a scriptwriter. Working on My Hidden Things was a truly eye-opening experience revealing so many things about myself. It also helped me realize something important: never doubt yourself even for a second, no matter how cliché it might sound. You know how it is – you bury yourself in some routine work, nothing seems to be going your way, your personal failures are blown out of proportion, while your achievements all seem so small and insignificant. I remember things were in a complete shambles back then, so at one point, I decided to turn over a new leaf: I quit a good job, said goodbye to my parents, gave away my pets and, throwing caution to the winds, escaped to a completely different country where I hardly knew anyone.

Having worked in a different, but closely related area for five years, I finally worked up the courage and decided that was it. It’s time to do something for myself. By then I’d already figured out there is no such a thing as miracles. I don’t think there were any, in my life at least. So I thought it’s all up to me, and I had to do what I had to do to turn my luck around. And voila 🙂

Thanks to our producer Konstantin Semenov, it actually worked. While I was writing the script, I really learned a lot from scratch, and I had to work fast, too. After all, game development is not something that can be clearly defined. Games bring a bit of magic into our boring life. Working on a game script is both challenging and rewarding. The project literally turned my life downside up (yup, you heard me right), so now I finally feel like I’m in my element. Even the most bizarre ideas do not go to waste here. They are accumulated, processed, and then transformed into something that every player can relate to. 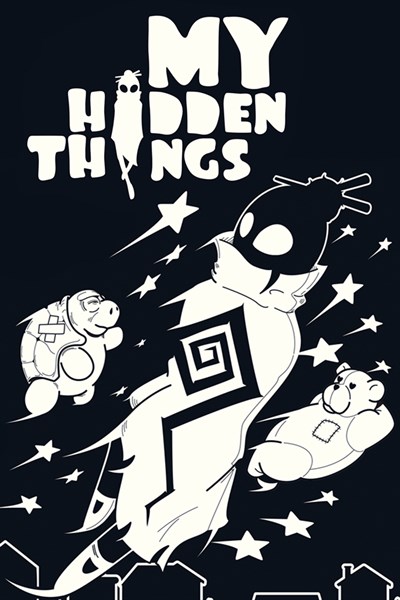 ☆☆☆☆☆
★★★★★
$6.99
Get it now
Xbox One X Enhanced
In the beginning there was nothing, only a chaos of dreams, out of which came Xary. It tried to understand people’s nature and help them, but it’s too young for that. Then you came along. Together, you can get to the bottom of this…

Sometimes life tests us. The main characters of these stories will face many challenges, whether it be the illness of someone you love, a perilous journey or walking away from an abusive relationship. The solution is not always obvious and often frightening. Immerse yourself in three moving stories filled with pain, joy, fear, hope and triumph.

My Hidden Things is a bold experiment: it’s a mixture of a visual novel and hidden object adventure with unusual mechanics. You have not only to search for objects but also combine them to get the ones on your list.
The plot revolves around the dreams of several people you and Xary need to help. With your assistance, they can overcome their difficulties and stay human. The story is presented in a comic strip format.

Embark Together on a Wild, Genre-Bending Co-Op Journey in It Takes Two