Kingdoms of Amalur: Re-Reckoning Setting A March Launch On Switch 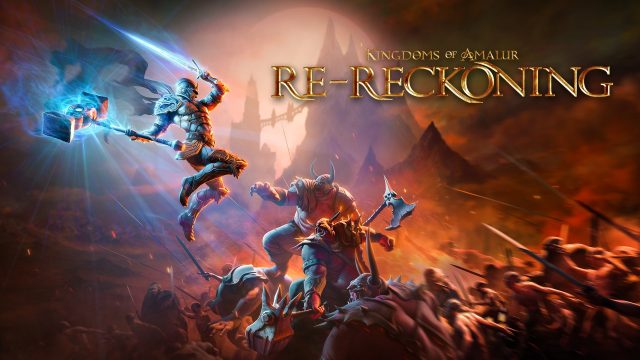 Kingdoms of Amalur: Re-Reckoning has a very interesting backstory.

Back in 2007, former baseball pitcher Curt Schilling was head of a game development studio dubbed 38 Studios. Schilling and company had an ambitious plan for a sprawling MMORPG series known as Project Copernicus featuring 10,000 years of lore produced in conjunction with writer R.A. Salvatore and featuring designs from artist Todd McFarlane. 38 Studios acquired Big Huge Games from THQ in 2009 and made it a subsidiary of the company. As it so happened, Big Huge Games was working away on a single-player title prior to the purchase. Development on the Copernicus MMORPG was projected to take years, so in an effort to both generate funds and introduce fans to the world of Amular, Big Huge Games’ project was adapted into what would become Kingdoms of Amalur: Reckoning.

While 38 Studios had yet to publish a video game, in 2010 the developer requested and was approved for a $75 million loan from the Rhode Island Economic Development Corporation with the agreement that 450 jobs would be generated within the state by the company. 38 Studios took the cash and subsequently relocated from Massachusetts to Rhode Island. Kingdoms of Amalur: Reckoning eventually launched to some success and solid reviews, but 38 Studios remained in the fiscal red due to overextending its financial capabilities. The studio defaulted on a loan payment in May of 2012, spurring concern on the part of the state and culminating in a declaration of bankruptcy by 38 Studios. Attempts to procure funding to stay afloat ensued (and failed), along with investigations and litigation that finally ended in 2019. Schilling lost the entirety of the $115 million he made as an MLB player, 38 Studios became defunct, and any hope of subsequent Amular games became a dream.

Well, this dream might have some life in it if the rerelease of Kingdoms of Amalur: Reckoning has anything to say about things. Now dubbed Kingdoms of Amalur: Re-Reckoning, the game has been given another chance under the supervision of THQ Nordic, Big Huge Games, and Kaiko. Re-Reckoning already launched on PlayStation 4 and Xbox One back in September of 2020. Now, the game is coming to Switch on March 16. Take a look at Re-Reckoning running on the hybrid console (the game is rated M, so please click on through to our YouTube page to see it):

Here’s what THQ says about this remaster:

There will be both, a digital and a physical edition available for the Nintendo Switch version of Kingdoms of Amalur: Re-Reckoning. The physical edition will have the FULL game on the cartridge, NO downloads are required. #ReReckoning pic.twitter.com/uWKeF6EPoU

Finally, THQ has announced that a new expansion titled Fatesworn will launch for the game at some point in 2021. That’s quite the wild ride for the budding world of Amular. Whether or not this remaster and new content will lead to sequels is anyone’s guess, but Reckoning was warmly received and loved by fans back in 2012. Many felt it was such a good first outing it should have easily been able to lead to a series. We’ll continue to update you all on Re-Reckoning as we march closer to its launch.