Welcome to Next Week on Xbox! Here we cover all the new games coming soon to Xbox Series X|S, Xbox One, and Windows 10 PC as well as upcoming Xbox Game Pass and soon-to-be released ID@Xbox titles! Get more details on the games below and click their profiles for pre-order details when available (release dates are subject to change). Jump in!

The world has been taken over by synthetic lifeforms. A desperate plea for help sets Shadow on a journey to uncover what started the path to perpetual ruin. Slash through the techno hordes, leap past traps, and nimbly navigate the ruins of Mekacity. Only you can unlock the secrets to your clan’s ancient powers in Cyber Shadow, the quintessential Ninja Action game.

Take on two new levels and a boss as you dodge new traps, enemies and discover more of the lore of the island. This is mid game content designed to continue to add variety to your runs and continue support for the development of the game.

Spectral guests cause mischief and mayhem on Haunted House Lots, leaving behind accursed objects and scaring innocent Sims. With spooky activity on the rise, it’s up to you to put a stop to it. Luckily, Guidry the Ghost is happy to offer advice for sending these ghastly roommates packing. Perform séances, clean up the lot, and commune with the dead to clear them out. Once the lot is back to serenity, consider a career as a Paranormal Investigator to help other Sims! Requires The Sims 4.

A platformer puzzle game with an interesting gimmick. You can’t jump, so you need to bounce off your enemies or use tubes to your advantage. Both platformer skills and logic are required to complete 40 challenging levels! Deft fingers and quick reactions are required. Sweaty neck guaranteed.

Face your Destiny! In Andergast, whose inhabitants are notoriously superstitious, King Efferdan awaits a state visit from high-ranking dignitaries. For centuries, the kingdom has been at odds with neighboring Nostria, but now first steps are being undertaken toward a lasting peace. Play the free demo today.

In Memoria, players travel through different time periods, following two distinct protagonists: Sadja, a southern princess who wants to be a war hero, and Geron, a bird catcher who wants to lift a curse from his girlfriend. Play the free demo today.

Hyposphere is not simply a classic “marble” platformer, it may also be the most beautiful and one of the most hardcore marble ball games ever! A cunning AI, along with the help of a clever virus, has taken over every computer in the world. There is only one chance to fight back: pass the tests generated by this dastardly digital demon.

Project Starship is back with a wacky take on cosmic horror. In this rogue-lite shooter, you’ll take the role of the tentacled-yet-hip Swagthulhu as you destroy comical abominations in flashy 16-bit style! With multi-purpose dodge mechanics and tons of crazy pick-ups, you’ll be able to crash your ship straight through the enemy and emerge unscathed.

Take on the role of Vera Blanc, a young woman with the ability to read other people’s minds. The game is a mixture of visual novel and adventure game with a collection of challenging minigames, you can also play as a pure visual novel. In this episode, our heroine travels to a small village in central Italy.

The Demon King has set his sights on Muscle Island, a previously heavenly and peaceful place where life was good. This dark figure has installed his army there and persecutes the population with the help of his generals. Wasting their last coins in taverns, the mercenaries of the dreaded Golden Force take advantage of their last vacation moments when they receive a new contract: to defeat this evil new ruler and reclaim the mountain of gold in his possession.

Available with Xbox Game Pass on day one! Discover a dark mystery only a medium can solve. Travel to an abandoned hotel resort and use your unique psychic abilities to uncover its deeply disturbing secrets, solve dual-reality puzzles, survive encounters with sinister spirits, and explore two realities at the same time.

Inspired by swashbuckling tales and cinematic adventure games, Olija is a story about facing the unknown in adversity. Armed with a legendary harpoon, Olija and other castaways will try to leave a hostile country to return to their homelands. Through adventurous exploration, narration, and razor-sharp combat, the player will discover a strange world and its inhabitants, including Olija, an enigmatic lady that Faraday finds himself bound to over time.

Set across 20 challenging levels specialized tower upgrades, enter a land where orcs have expanded their reach to impact your borders. With their depleted resources, it’s only a matter of time before they try to put their hands on your kingdom. Diplomats were already sent to peacefully ask orcs to back off, but they’ve never returned. The sign was clear – there is no place for negotiations…

Sword of the Necromancer – January 28

Sword of the Necromancer is a dungeon-crawler action RPG with rogue-like elements where you can revive your defeated enemies to make them fight alongside you. Turn your foes into allies using the forbidden powers of the Sword of the Necromancer and help Tama reach the dungeon’s depths in order to gain enough power to bring his love back from the dead.

Experience a brand-new adventure game set amongst a world of weird and wonderful fish planets. Explore beautiful environments, solve intricate puzzles, and discover the truth about a mysterious little girl and her mechanical alter-ego, Cubus.

Celebrate Kazuma Kiryu’s saga with the beautifully remastered Yakuza 3, 4, and 5. With restored content and updated localization in 1080p and 60fps, the story of the Dragon of Dojima is yours to complete. Purchase Yakuza 3-5 individually or all together in The Yakuza Remastered Collection or play on Xbox Game Pass or Xbox Game Pass for PC:

A quiet holiday on a tropical island suddenly becomes your worst nightmare when a ruthless criminal organization kidnaps your family. Battle against hunger, thirst, unscrupulous mercenaries, and wild creatures in order to stay alive and save your beloved!

Bonkies is a jolly, couch co-op party game with a pinch of construction building! Gather your prime mates, equip your banana-fueled jetpack and robo-arm, and raise wacky buildings all over the cosmos for the glory of ape kind! Become the CHIMPion of space construction!

Find adventure beyond your imagination and riches untold as you descend into the caves beneath an ancient castle! Match gems to remove obstacles, collect keys to unlock new passages and build your strength as fast as you can to break through barriers in Caves and Castles: Underworld, a sometimes relaxing, sometimes heart-racing match-three game!

Play as Flux Dabes, a galactic delivery truck driver whose latest shipment gets interrupted by a megalomaniacal alien named “Hewgodooko” who tears her ship to pieces looking for useful tech. Crashlanded on Woanope, you must fight, tame, craft, quest, bossfight, and adventure your way to domination of all the things so that you and JuiceBox, your trusty sidekick/supervisor/robotic cargo palette, can send a message to the Bureau of Shipping and get those packages delivered!

The gods’ rule over humanity has lasted for millennia. They demand to be worshipped and to those who don’t submit to the gods’ will; merciless death awaits. Experience the trials of 8 Celtic warriors in their plight to sever the gods’ grip on humanity. Every man and woman who can muster a blade will form your clan and take on legions of beasts in each of the gods’ realms. Succeed and see legends born. Fail, and lives turn to dust.

Join Rack on an epic adventure across a world filled with magic and wonder. Then watch in astonishment as Rack befouls, corrupts, slaughters, and brings about a general air of misfortune to everything and everyone he confronts. Chaos reigns in this top-down action adventure RPG that’s infused with the intensity of a classic shoot ’em up. 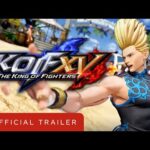