SNK vs. Capcom: Match of the Millennium is Headed to Switch

Originally released in 1999 for the NeoGeo Pocket Color, SNK vs. Capcom: The Match of the Millennium aimed to pack all of the excitement of arcade and console fighters into a portable form factor. The game succeeded in capturing the fun and quality of previous SNK vs. Capcom titles, and is considered one of the best portable one-on-one fighting games. 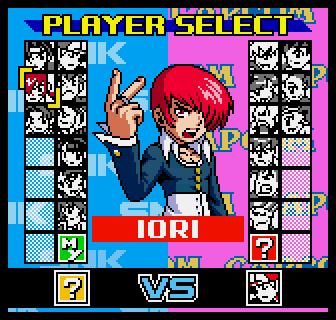 It looks like SNK and Capcom are ready to bring the game back for a new generation: according to the South Korean ratings board, SNK vs. Capcom: The Match of the Millennium is coming to Nintendo Switch. The game was recently rated for release in the region, though no potential release date is listed. SNK has already rereleased a number of titles on Switch, including SNK Gals’ Fighters, Samurai Showdown II, The Last Blade: Beyond the Destiny, and Fatal Fury First Contact, so it’s looking like they’re keeping the Switch love going with this impending release. But what’s worth noting here is that both SNK and Capcom had to agree to this port, given both of their IPs are involved, indicating a willingness from both of them to work together again.

Will this mean future rereleases of other SNK vs. Capcom titles? Perhaps plans for a new collaboration? This all remains to be seen, but it’s at least a good sign that either of these outcomes are possible with both developers on board to work together to rerelease Match of the Millennium.

The Lords of the West Have Arrived in Age of Empires II: Definitive Edition, Available Now