Why Is Fire Emblem So Dark On Switch? It Reportedly Runs On The Same Emulator Used On Wii U

Have you been playing Fire Emblem: Shadow Dragon & The Blade of Light? Noticed that it’s a little dark and reminiscent of the Wii U Virtual Console releases that inexplicably dialled down the brightness of all the games that came to the service compared to the originals?

Well, in a Twitter thread on the subject of Nintendo’s latest retro offering, software developer and gaming enthusiast LuigiBlood has delved into the Switch release and discovered that the game seems to be running courtesy of the same emulator the company used for NES and N64 releases on Wii U.

Read the full article on nintendolife.com 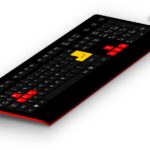