Anime For Every Otaku Level

If you want to laugh, if you want to cry, if you want to be frightened or sitting on the edge of your seat, you’ll be able to find exactly what you’re after. It’s such a versatile, pliable art form, and we are truly blessed to have it in our lives.

That said, it can be a little tricky at first to track down exactly what you’re after if you’re not sure where to look. Some anime may require a bit more concentration or open-mindedness than others, leaving you flailing your arms in a comedic display of bewilderment. A giant sweat drop may also appear upon your forehead, too.

So let’s reel off a few options that you can find right here on AnimeLab that can suit your particular level of anime experience. Before too long, they’ll be calling you senpai!

Who, exactly? Depends on your social life, I guess. We don’t recommend you demand random passersby to call you that, it’s impolite and probably quite startling.

If you’d like to dip your toes in the anime water and want a wide range to select from, sports-related series are a great entry point! They’re typically quite accessible, with a broad appeal, and if you happen to be a fan of that particular sport, it’s even better.

Unless you’re a Knicks fan, of course, because they’re dreadful. Our condolences.

Kuroko’s Basketball follows the titular character as he arrives at Seirin High. He’s unassuming and doesn’t have any discernible qualities that make him stand out on the hardwood, but he came from a middle school legendary for its basketball team, so fellow newcomer and athletic prodigy Taiga Kagami quickly challenges him to a game of one-on-one. To Kagami’s shock, Kuroko is absolutely terrible — he can’t shoot, he can’t run, he can’t defend, and he’d probably break into a million pieces if you hit him hard enough.

Despite this, Kuroko still makes the team, and something strange starts to happen. Once he is surrounded by teammates, his lack of ability becomes his strongest weapon; such anonymity means that opponents completely lose track of him, allowing him to make pinpoint passes and unexpected steals that turn the tide of the game.

Kuroko’s Basketball is everything you’d want from an anime, especially if you’re at the early stages of your otaku journey. It’s funny, easy to understand, and it has just enough twists and turns to keep you guessing.

Basketball fans: you can also check out our article, Kuroko no Basuke’s NBA Doppelgängers.

Tugging on the heartstrings – 綺麗ですね。

We move onto a sport that doesn’t have quite the mainstream appeal of basketball, but don’t think for a moment that you should overlook this anime. Just a few minutes in, you’ll be hooked. A few hours in, you’ll be addicted. A few episodes in, and you’ll be demanding that they make another season.

This time, we’re taken into the world of competitive figure skating, and the dilemma that Yuri Katsuki finds himself in. He’s hit a slump and is on the threshold of retirement until a surreptitious video of him imitating the routine of his idol, Victor Nikiforov, goes viral.

Victor sees this, and is so inspired that he takes to Japan to become Yuri’s coach. This doesn’t sit well with Victor’s previous protege, Yuri Plisetsky, however, who furiously tracks the flighty Russian star down to bring him back home. Victor resolves to train both Yuri’s at the same time, a veritable combination of fire and ice that will either create beautiful artwork or an unmitigated disaster.

But the more Yuri works with Victor, the more he realises that their relationship could mean something more than simply coach/student… Ooh, suspense! The intrigue is higher than a quadruple axel, and you’ll just have to watch if you want to learn more.

By the way, it has to be said — you don’t have to understand skating to appreciate how beautifully animated and choreographed this show is. It’s transcendently hypnotic, and I usually only throw those words out when I want to win at Scrabble.

Check out more sports anime in our article, 5 Great Sports Anime to Fill the Olympic-Sized Void in Our Lives.

How Heavy Are the Dumbbells You Lift?

Look, sooner or later you’ll be exposed to the wonderful world of muscle anime. So let’s start with this one here, ok? Drop down and give me fifty!! …Dollars. This is a robbery.

Ah, that never works. But what does work is this slice-of-life tale focused on gluttonous high school student Hibiki Sakura. She has a weakness for snacks, and when she notices her weight has suddenly ballooned, she decides to visit a gym and slim down. She’s immediately convinced to join when she meets the dreamy personal trainer, Naruzo. He’s got the face of an angel, and as Hibiki later discovers, the body of a monster. Where he hides all those muscles under that tracksuit is anyone’s guess.

Shockingly, Hibiki seems to have a bit of a knack for fitness when it happens to involve displays of brute strength. But rest assured, the journey to fitness is rarely linear, and she’ll have to learn that the hard way. It’s enough to inspire anyone to pick up a pair of weights and become the next macho fiend! Or at the very least, be sure to check out some more anime loaded with buff bods! They’re… not that hard to find, actually.

Youto Yokodera is a high schooler with a most curious dilemma. He has an insatiable appetite for women, yet can never express his true feelings out of a sudden fear he describes as his façade. When he hears a rumour about a mysterious feline statue that can remove unwanted personality traits, he grabs his hug pillow to use as a sacrifice (poor Barbara!) and makes his way to the almighty effigy.

Alas, his wish is granted, but the sheer enormity of his perversion being unleashed upon the world proves too much to handle. To make matters worse, a young girl named Tsukiko had quite the opposite desire, wanting to be less expressive. Now that both of them have discovered that the alternative isn’t all it’s cracked up to be, they’ll stop at nothing to retrieve their true personalities.

Stone faced Tsukiko proves to be a wonderful foil for Youto’s unabashed lewdness, and fortunately her most endearing traits, such as her constant gluttony and menacing jealousy, still shine through. This anime errs a little on the weird side at times — not that there’s anything wrong with that — but underneath, it’s got a heart of gold and is definitely worth your time!

Kinda makes you wonder what you’d get rid of if you met the Stony Cat, doesn’t it? I’d probably see if it would take on my crippling debt.

In the early stages of watching Steins;Gate, you may sit there wondering if you missed something. The disjointed narrative and unclear motivations make it seem as if you’ve lost the plot. Is this a comedy? A thriller? A particularly ambitious ecchi offshoot?

Soon, it becomes apparent however, that you’re just seeing the world through the distorted, delusional perspective of Rintaro Okabe, also known as Okarin ⁠— but he’d prefer if you call him Kyouma Hououin.

As the founding father (and likely the only willing member) of the Future Gadget Laboratory, Okarin has constructed all kinds of gizmos and whatnots with ambiguous purposes that he doesn’t even seem to understand. When his phone microwave device goes from turning bananas into goop to sending text messages into the past, he may have just uncovered the biggest scientific discovery of the millennium… but at what cost?

It may not make sense at first, but don’t worry, it’s not supposed to just yet. The pieces will fall into place soon enough.

Trying to put Interspecies Reviewers into words is a tricky bit of business, though the title itself ought to give you a sizeable clue. Indeed, this is the enviable life that wandering adventurers Stunk and Zel have carved out for themselves, as they frequent the red light district in search of the hottest girls Succu-Street has to offer.

Along the way, they happen upon a fallen angel, Crim, who they rescue from a gargantuan beast. How do they cheer Crim up after this harrowing experience? Why, by taking their newfound cherubic chum out for a night of salacious fun, of course.

Before long, their exploits become the talk of the town, and as more curious patrons flock to the local tavern to procure their reviews, their humble hobby turns into a lucrative career. …And you thought true journalism was dead!

Interspecies Reviewers doesn’t take itself seriously for a second, and each episode is loaded to the brim with busty birdmaids, philandering fairies and obscene octogirls. You’ll surely spend your time either laughing uproariously or praying that nobody happens to walk by the bedroom at an inappropriate moment.

The joke is on you, though, because they’re ALL inappropriate moments.

This is just a smattering of what kind of anime you can pick from, but we’ve not even scratched the surface yet. Feel free to comment with your own recommendations below, and remember to keep checking back here at AnimeLab to see what else we’ve added to our expanding lineup!

No better way to spend an afternoon, right? 行きましょう！ 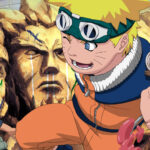