Attack on Titan 139 FINAL: last manga of Shingeki no Kyojin 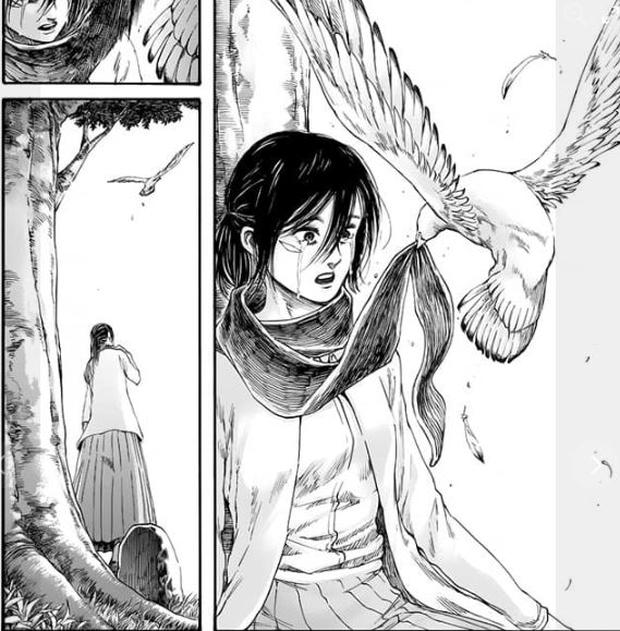 Hajime Isayama started ” Attack on Titan ” in 2009, and the manga series was printed exclusively through the publishers of Kodansha Comics. With the landing of the anime in 2013, thanks to the creative minds at Wit Studio, the history of the Legion of Recognition quickly rose through the ranks of popular anime franchises and is definitely one of the largest series in the world as it unfolds. It was fast approaching its end.

So what happened to the characters at the end of manga 139 of “Attack on Titan “? Before continuing, you should know that later there will be spoilers for the end of Hajime Isayama’s manga  so if you have not read it yet, remember to do it through the official channels before continuing to read this note.

WHAT HAPPENED TO EACH OF THE CHARACTERS OF “SHINGEKI NO KYOJIN” 139 AT THE END OF THE MANGA?

1. The Eldians – Without titanic powers

After all the final battle, Eren dies and with him also the titanic powers disappear. With this, the Eldians are freed from Ymir’s curse and none of them now have the ability to become Titans and no Eldians with that ability will be born in the future.

2. The Titans – Transformed into humans

As the Titanic powers were wiped from Earth, all the Titans that roamed Paradise Island and those that were transformed by the Sera will return to normal. It will be a question of how they managed to recover all these survivors after Eren died.

Annie became human after everyone defeated Eren in the final battle. She had a happy ending because she met her father, who had been looking for her since Reine r returned from her mission on Paradis Island.

Levi was one of the hardest hit warriors in this final battle, losing mobility in both legs, vision in one eye, and practically his entire body bandaged or scarred. However, thanks to Los Caminos, he was able to say goodbye to all his fellow Legion members, feeling proud to have represented them on the battlefield.

Marley’s soldiers ultimately contributed to Eren’s downfall , becoming humans like all Eldians with Titanic or Titanic powers. They would travel to Paradis Island to aid Historia in her reign and join the Jaegerists after learning the truth about Eren.

Although they became Titans, they too returned to normal after Eren was defeated by Armin and company. They saw Sasha one last salute by Los Caminos , then join in Paradis Island to History and others in the new reign of the eldianos.

Historia had a normal delivery and her daughter grew up three years after the great battle against Eren. She again became the queen of the entire Paradis Island and began to intensify her military forces because, although they no longer had powers, they were still considered a threat by their territory.

Armin was the one who showed his face at the end of the final battle and said that he had killed Eren when Mikasa did . He convinced the Marleys that the Eldians were no longer a threat and that they might not use their weapons, thus beginning the three-year peace period.

Mikasa was the one who killed Eren in the last moment of the final battle, and took his head to bury him. Despite the fact that 3 years have passed , she is still in love with Eren, as evidenced by being always by his side in his grave located in the tree where the series began.

Eren passed away after Mikasa cut off his head inside the Founding Titan. In his last moments, he returned the memories to all the Eldians and integrated the explanation of their actions, so that everyone having those memories, understood that Eren had to choose the path of the genocide in order to save them all. In the end, it is not known if Eren really died or his spirit was distributed in living beings, because a bird wrapped his scarf when she was talking about him. In the end, we will never know if he was involved, even if it seems obvious.

Gamedoper in Anime & Manga
Sep 28, 2022   ·
Follow us on
Up Next: SINoALICE x Re:ZERO – Starting Life in Another World – Official Collaboration Trailer