6 Anime Families To Spend Time With These Holidays 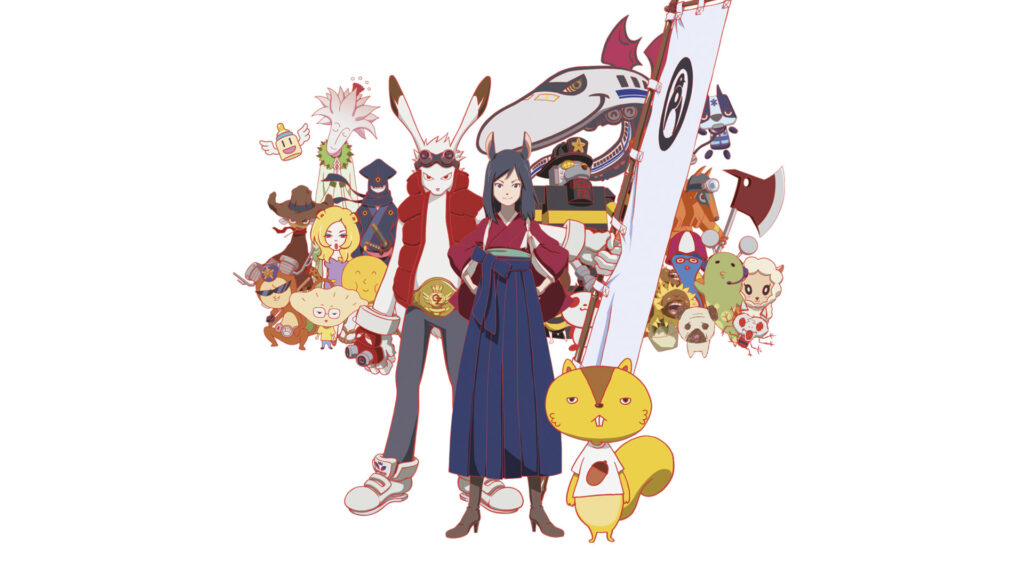 Families come in all shapes and sizes, and what may seem normal to you could be completely foreign to someone else. In the wonderful world of anime, we get to see this notion really put into practice, with kinship that runs the absolute gamut.

If you’re looking for some inspiration on the subject, we’ve got a few ideas in mind that we think you’ll like. We here at AnimeLab wish all the very best to you and your squad as 2020 draws to a close (a year that could be best described with pained onomatopoeias like ‘gahh’, ‘whoa’ and ‘oooooooof’).

There’s no better place to start than with this delightful film that embodies everything about kazoku (that’s the Japanese word for family, though autocorrect was pretty sure I meant to say kazoo).

Kenji Koiso is a high schooler so anonymous, he’s practically invisible. So when his upperclassman Natsuki Shinohara offers him to travel to Ueda with her as part of a job, he leaps at the chance to prove his worth. The catch? He’s attending her family reunion as her impromptu boyfriend. Gotta read the T’s and C’s, Kenji my dude.

Natsuki has no shortage of relatives, and with that comes a rash of infighting and scandal. If Kenji wants to keep the ruse going, he’ll have to adjust fast. To make matters worse, he may also have the safety of the world’s information security dangling from his fingertips. It begs the age old question of what’s more important; the wellbeing of the population or impressing grandma?

It’s a whole lot of fun from start to finish, highlighting how even the most tight-knit families can have issues bubbling underneath the surface.

Not every familial relationship is straightforward. You could be like Tohru Honda, and have your loved ones taken from you before their time, or you may not always see eye to eye, such as the members of the Sohma clan. Also like the Sohmas, you might turn into an animal when someone hugs you. Every family has their quirks, after all.

Fruits Basket is a charming story about courage in the face of adversity. Tohru remains stoic and positive even when her living situation is reduced to a tent out in the woods, and is driven by the promises she made to her late mother. When she is brought in by cousins Yuki and Shigure, she learns that everyone has their own secrets and doubts to deal with.

Family plays a big role in this anime, particularly as there is so much tension between the various members of the Sohmas. Their lineage is cursed by an affliction that triggers a transformation under certain conditions, leading to many of them feeling isolated and estranged from their peers. Shigure maintains an upbeat if not inscrutable outlook, while Yuki keeps his cards much closer to his chest. Their crimson haired cousin, Kyo, is obsessed with his unyielding rivalry with Yuki, and desperately wants to claim his rightful place.

Perhaps Tohru was exactly what this fractured ménage needed, to help them realise how much they meant to each other all along? At the very least, she’s capable of keeping the place clean — no small task when you’re lodging with literal animals.

Here on AnimeLab, you can choose between the latest version of Fruits Basket or the 2001 edition, each with their own unique appeal! So many fruits, so little time…

The Boy and the Beast

One of the important aspects of family is a sense of belonging. When the world casts you aside, who will be there to pick you up and tell you to keep on going?

Such is the dilemma nine-year-old Ren finds himself in. Having lost his mother to an accident and with no father in the picture, he roams the streets of Shibuya, cold and alone, until he happens upon the boorish monster, Kumatetsu. It seems this beast is seeking a pupil (at least in a loose sense, because he could just as easily employ a cadaver for all he cares), and a partnership of opportunity soon arises.

Well, okay, it’s not exactly a pristine bond. But it just may prove mutually beneficial, as the two actually have a lot in common, and Ren’s stubbornness may exceed even that of his hulking master. This is a film that explores what lies beyond in a literal sense, presenting a fantastic world of creatures big and small, before taking even greater lengths to ask what strength resides deeper within oneself. When two outsiders come together, true greatness awaits, in a tale that warms the heart. It’s utterly delightful.

Beyond its thematic brilliance, The Boy and the Beast is also a visual marvel, seamlessly blending techniques to create a vibrant, lively aesthetic unlike anything else out there. Kumatetsu may not be easy on the eyes, but just watch him in battle; it’s a sight to see!

As we’ve noted so far, living arrangements can vary wildly from person to person. Sometimes you get adopted by a bear, and other times you move in with people who transform into house pets. You know, your average family dynamic.

For Rei Kiriyama however, an absence of friends or family (or talkative animals) has made him detached from society. He’s a polite albeit brooding young man dedicated solely to his promising career. He’s quite the dynamo on the shogi boards — and fortunately for him, the pieces aren’t going to bother him with idle chit-chat.

He lives by himself, and had he not crossed paths with the Kawamoto sisters, he may have just gone through this malaise for the rest of his days. They see the best in him, helping him in turn better appreciate his own merits, and act as a surrogate family to ease him out of his shell.

They too have suffered their own hardships, however, and the wounds are still fresh. March Comes in Like a Lion presents the trepidatious journey towards adulthood with gravitas and whimsy in equal measure, serving as a reminder that the darkness inside doesn’t always have to be faced alone.

Family time can also be an occasion for melancholy reflection, looking back on what once was and using these memories to become closer than ever. That’s a fancy way to say, you’d better get some tissues ready before you tackle this tearjerker of a film.

College student Hana falls in love with an enigmatic young man attending her classes. As they grow closer, he reveals that he’s a werewolf — more specifically, the last of his kind. They have two children together; the impetuous Yuki and her reserved brother, Ame. Everything is shaping up for a picturesque future, until their happy lives are disrupted tragically when the Wolf Man is killed in an accident.

Now, Hana must press on without him, shouldering the burden of their lupine genes alone. Raising your kids as a single parent is hard enough, let alone kids that bark at you when they’re cranky.

Despite its sombre premise, Wolf Children is an enduring, sanguine story with characters you quickly grow attached to. It’s also the third feature length piece on this list penned by Mamoru Hosoda, alongside Summer Wars and The Boy and the Beast. What can we say? The man knows how to pull on the heartstrings.

No list of anime representing family values would be complete without including the one named in honour of the Gaelic word for clan. …That’s not what Clannad actually means, but we’re totally down for even inaccurate homages to Enya.

Here, we meet Tomoya Okazaki, a brutally honest high schooler living a life of apathetic resentment. His mother gone and his father reduced to an alcoholic malaise, he simply exists day to day, when a chance encounter with the meek Nagisa Furukawa opens his eyes and changes his perspective on life.

Frankly, if you’ve heard a lot about Clannad, it’s with good reason: the way it handles heavy subject matter is absolutely gripping. It will take you on an emotional, circuitous journey that stays with you long after you’ve finished the final episode.

Though the main focus is on interpersonal relationships (its origins being a visual novel), family is a consistent theme underscoring the motivations of its characters. Some of them, like the Furukawas, are close and support one another, whereas Tomoya’s connection with his father is seemingly tattered beyond repair.

Even the credits regales us with the blissful magic of The Big Dango Family, who somehow come out as the most cohesive unit of them all. Isn’t genealogy delicious?

Of course, this is just skimming the surface of anime that focus on families, and there are so, so many more for you to discover here on AnimeLab. It’s a prevalent trope with good reason; families, whatever form they may come in, are salient in our lives.

Be sure to tell your loved ones that you’re thinking of them, and while you’re at it, why not share your favourite anime with them? Uncle Trevor would totally be down for it, just trust us on this one. 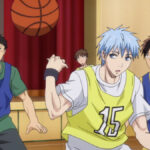 Anime For Every Otaku Level