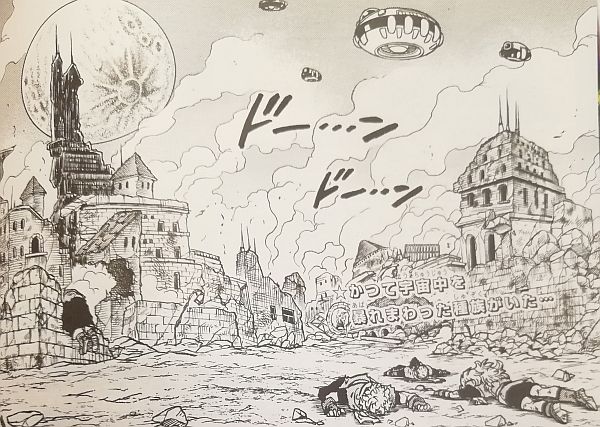 Dragon Ball Super Manga: Chapter 68 Beginning with a planetary scene somewhere, buildings have been destroyed and inhabitants have been killed. There are some Frieza spacecraft floating in the sky.

There are some big monkeys in the city. Only my feet are visible, but a person who runs out of breath. Escape to the building. However, a great monkey peeped in from the collapsed roof.

Granola wakes up there. Apparently he was dreaming. An automill worried about granola being out of breath.

Granola is moving on a spaceship with the robbed Seven Three loaded.
The auto mill will tell you that the condition of Seven Three is also stable.

Granola seems to be heading towards the heater. It seems that he was in cold sleep for a long time, but he woke up.

Granola hates Frieza very much. However, Frieza died a few years ago, and the army created by the remnants after that is now in a state of destruction.
I also know this. An auto mill that tells you to forget about Frieza.

Granola is a cereal person. It was the Saiyans of the Frieza army who killed the serials other than themselves. I also knew that the Saiyans were extinct due to the collision of a giant meteorite.

For Granola, there are no more Frieza and Saiyans.
Even so, Granola seemed unconvinced to have a similar dream forever.

Granola, arriving at some planet, is carrying Seven Three. An alien named Sosil, who I know, came out of the building. It seems that he sold something and exchanged it for money, but it didn’t make a lot of money.

Sosil asks you to make Seven-three caught by two people. Of course, it was Sosil who was threatened and left without permission from Granola.

He handed over the Seven-three and was paid when it was determined to be genuine. Granola asks Elek what to use Seven Three for.
Elek and his heaters are not military, so they don’t seem to have any plans to form a corps. It is said that the corps can easily gather if you spend money.

It is outdated to rule by force, and the power to rule the universe today is money and information. There is a lot of information in Seven Three.
This is the purpose of Elek. Granola isn’t interested in that at all, so it would be nice if she could get a reward.

The situation in space has changed.

He says the reason is that Frieza is back. Granola is astonished to hear that!
I’m not sure why I came back to life. Granola is excited to be able to relieve the clan’s remorse. I heard that I can beat Frieza if I am now.

Granola rushes to tell me where he is. Elek advises that the current Frieza should be stopped because it is not only revived but also powered up.

Granola gets excited if you don’t know until you try it. However, it was blown away by a small gas and suppressed.

Elek tells me that he wants to take revenge on Frieza and is impatient, but he needs to prepare to take revenge. Frieza is also an obstacle for Elek and his friends. For the time being, I told him to wait until the time came.

Granola left quietly. I was told by the automill that it wasn’t like Granola to hit Elek. Granola vows revenge on Frieza. 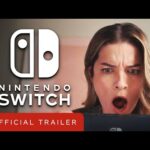