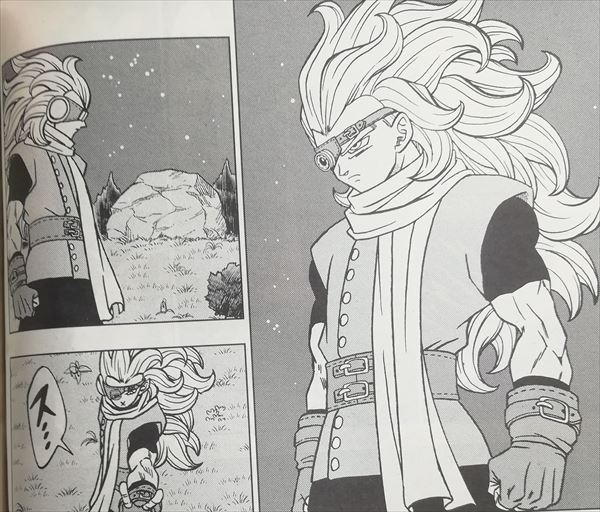 The May issue of V Jump, which serializes the manga version of Dragon Ball Super, has been released.
The release date is March 19, 2021. Episode 70 is posted.
Will Granola finally become the number one warrior in the universe?

Can Granola be the strongest warrior in the universe?

The destructive technique used by the Destruction God is a technique to reduce the number of people to zero.
When an object disappears, it releases ridiculous energy. When Beerus practiced with pebbles, he caused a big explosion and disappeared. This is the true technique of destruction. Goku seems to be worried about Vegeta, who is being trained by Bills.
Goku seems to think that either he or Vegeta can be number one in the universe. However, it is said that this is not always the case with whis There may be other strong warriors. The prophetic fish also says so. Vegeta is confident that it is himself. Succeeded in exploding and destroying a small stone that fits on your finger.
Training in destruction techniques seems to be going well.

Granola is heading for the Heater Army on a spaceship. Granola looks in the mirror with her hair cut.
Whistle seems to be aware of the situation. The Heater Army is in the middle of a feast.
Forcibly enter and ask Elek where Frieza is. Frieza is said to be unbeatable in Granola and paid in advance.

Granola’s words that he became the best in the universe are also thought to be crazy. The oil ordered by Elek fights against the persistent Granola to repel.

Granola that blows off oil with one finger. Elek admits that Granola has become stronger. Oil continues the battle as it is. All oil attacks are easily avoided and played by the sloppy granola.When Granola holds her hand over the bedrock thrown by the angry oil, it shatters like sand. Maki confronted such granola this time.

Maki attacks with care in both hands. Avoiding the attack easily, Granola wrapped her cloak around Maki’s hands and slammed it as it was. Gas cuts the cloak and rescues him when he sees Maki in a pinch.
From now on, Gas will try to fight Granola. However, it was interrupted saying that Elek did not have to fight.
It seems that the strength of granola was fully understood.

Relationship between the Heater Army and the Frieza Army

Eleks eating around the table. Maki says that if Granola defeats Frieza, she won’t have to ask her complexion and work. However, Elek says that in that case, future granola will become the pinnacle instead of Frieza.
The apex seems to have to be the heater army. It is speculated that Granola intends to crush not only Frieza but also Frieza’s army.

That seems to be a problem because the Heater Army has the ultimate goal of defeating Frieza and subordinate to Frieza. Elek says that if you control the Frieza army and use it freely, you will have more business opportunities.
Maki happily talks that it was good money when she once colluded with the Frieza army and destroyed the serial star. I had a Suga who did nothing buy a cereal star at a high price.
Freeza is an important business partner for Elek. It seems to be a problem to disappear now.

After all it seems that Granola will die. The idea of ​​defeating Granola is to use the Saiyans.
Elek and others know the existence of two Saiyans who defeated Moro from the information of Seven Three.

It means fighting Granola 2 to 1. For Granola, the Saiyans are also the target of revenge.
If you know you have a survivor, you will try to kill them for revenge. It was Elek who thought that even the best in the universe would defeat Granola if two people were involved.

Really loving this plot so far. dragon ball super I like how there is no bad guy this time around. Yeah there’s the heeters, frieza and stuff, but granola is the focal point. He’s not a bad guy, he just wants revenge after his race was destroyed by both saiyans and frieza by extension. The Heeters are just crooks, they’ve done bad things but i wouldnt consider them the dragon ball definition of evil, or even on freiza’s level of evil. Definitely refreshing to read. It’s tiresome to get villians that just want to destroy because they can. Motives are interesting 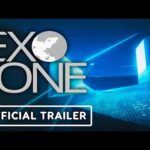