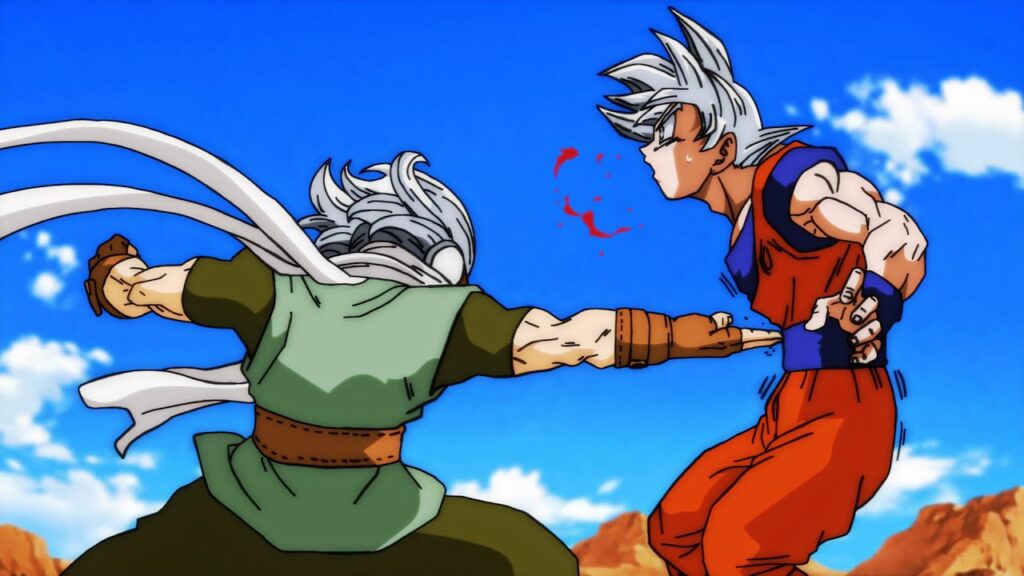 This story is included in the July 2021 issue of V Jump dragon ball super.

Maki says that granola lurks behind that mountain. Goku murmured that he didn’t feel particularly scared.
Judged to be restrained.

Maki seems to have various plans. Ask Oil to scout the battle between Goku and Granola. The situation will be shared with Maki via the communication device. And it seems that Elek and Gas will soon arrive at the serial star.

Elek and Gas looking at the serial star from the spacecraft. Elek says it’s been 40 years since he came to the serial star. Gas doesn’t seem to have very good memories. It’s different from those days, so Elek encourages gas if it doesn’t look like before.

Goku and Vegeta fly while looking at the city of serial stars. Understand that there are old ruined towns that have been destroyed and new towns that have not been attacked.

Innumerable bullets fly toward such two people. It’s best to avoid it with a ridiculously accurate attack!

Vegeta transforms into a Super Saiyan by telling her to determine the source of the bullet. It’s quieter and no more bullets fly. Goku closes his eyes.

Countless bullets will attack again. Goku and Vegeta rush to the launcher while avoiding the bullets.
Vegeta tears the bullet while checking with his eyes, and Goku avoids it by moving at high speed while closing his eyes in the normal state.

There is no one at the launcher. This time, countless bullets will attack from the sky. When I rushed into the sky from which it was launched again, no one was there, and this time a large number of bullets were fired from the ground again.

Vegeta speculates that the opponent is moving faster than ours. Tomadou Goku. At that time, a bullet hit Goku’s back.

Looking at the state of Goku, I found that even though the previous bullet was an attack from a distance, it accurately captured the key points.

Granola stronger than you can imagine

I decided to use senzu even before I met the enemy. This time I brought only 2 senzu.Vegeta gives Senzu and Goku revives.

Vegeta “Base ultra instinct ! If it’s still incomplete, do it yourself!”Goku transforms into a Super Saiyan, thinking that’s right. Goku and Vegeta look for Granola’s whereabouts, probably because they don’t feel like it.
Goku catches and fires a bullet!

However, Granola goes behind Goku and Vegeta in an instant to avoid it. Goku “Teleportation !? No, the reaction is faster than that.”

Granola answers that she doesn’t know the name of the technique. It seems that it was equipped when I became the best warrior in the universe

Granola introduces herself as the last serial person in Granola. Neither Goku nor Vegeta knows about cereals.

Granola “Even if you don’t know, I know you. Saiyans.”

Granola reaffirms that she really survived. Granola does not answer Vegeta’s question as to whether she is also a grudge against the Saiyans. Because it perishes here.

Granola floating in the sky and holding her hand over Goku. The ground exploded in no time. The oil that is secretly scouting is also surprised by the power of granola.

Goku and Vegeta managed to evacuate to the sky. According to Vegeta, it is similar to the “destruction” technique. Granola may be able to use Goku and Vegeta’s techniques.

Goku asks Vegeta if he wants to fight together. Of course Vegeta refuses. Vegeta came to prove that he was stronger than Goku.

However, he says he wants to fight Goku first. The reason is that I was hit by Granola a while ago, so I told him to repay the debt.

Granola despise Goku, who fights alone, as a stupid race. Vegeta waits at a distance to learn about Granola’s true intentions and plans. I guess it’s not just a bad guy extermination.

The one-on-one battle between Goku and Granola is about to begin. Granola asks if she doesn’t have to be a great monkey. Goku transforms into a god, saying that they will not be big monkeys now.

Next to blonde hair is red hair. Granola says that all Saiyans thought they had black hair when they saw it.
Goku says that he has trained and has become able to make various transformations.
This is God, a Super Saiyan.

Granola points out that the word God is the least suitable name for the barbaric Saiyans.

Granola was the first to attack. Stick out the two fingers of your right hand. Goku desperately avoids with an attack faster than imagined. in addition, Granola hits continuously without any time to rest.
Goku is full of energy just by guarding.

When Goku closes his eyes, he begins to avoid Granola’s attack with a margin. Vegeta looking at the situation from a distance. Vegeta “Is it selfish? I see, it’s more accurate to use it as a Super Saiyan.”

Granola, which is a little difficult, flies to the sky and shoots energy waves from 10 fingers!
Goku avoids everything with a margin. If you avoid it and look up at the sky, there is no granola.

Granola, who was moving in front of Goku who was careless, lightly pierces Goku’s belly with a knife.
Goku unraveled his transformation and went down as it was, just as he thought it was an attack.

Vegeta and oil watching the situation are also astonished. Goku hasn’t fainted, but he seems to suffer.

According to Vegeta, Granola instantly found the key point of Goku and struck it.

Granola seems to have grasped Goku’s technique. The reaction speed is abnormally fast, and the body is moving freely before the brain judges.

No human can always hide the key points.
Looking at the blood flow and muscle flow when avoiding attacks, it seems that you can find the key points that appear only for a moment. It is the power of the right eye that Granola has acquired as the best in the universe.

Vegeta seems to be aware that it is an extinct race with an evolved right eye.

Granola sees that Goku is still hiding his power. There is no obligation to wait for the transformation, but Granola tells us that we should show it early.

Granola can hear Frieza’s whereabouts if another Saiyan is alive. It is advised that there is no problem in killing Goku easily.

Goku replies to the word Frieza’s whereabouts. Granola that I think is out of focus. Granola has no time to devote the rest of her life to revenge.

Goku “Revenge? Wait. The bad guys are you …” Granola has no ears to hear, saying shut up. I tell you not to insult the cereal people.

Goku is surprised at how stupid he is. Granola is the best in the universe, so he says that he is superior to Goku in everything.

Goku transforms into Super Saiyan Blue. The battle begins again. It feels like the battles between each other are almost equal. The sound of the earth echoes to the city of Juga people.

Vegeta is investigating the ground of an abandoned city after the battle between the two. I found the footprints of a great monkey there. Vegeta murmured that she knew what Granola was. 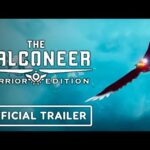